To follow along with the text of this study, visit: https://www.sefaria.org/sheets/389518?lang=bi

Ez Hayyim (Tree of Life) is a collection of the teachings of Rabbi Yitzhak Luria by his disciple Hayyim Vital. It is the primary interpretation and synthesis of Lurianic Kabbalah. It consists of the primary introduction to the remainder of the Lurianic system. The Shemona She’arim was arranged by Shemuel Vital, the son of Hayyim Vital. Ez Hayyim is the only work published within Hayyim Vital’s lifetime, the rest of his writings were buried with him in an unedited form. Supposedly Shemuel Vital had a dream that he was to exhume his father’s grave and remove certain writings leaving the others buried. Shemuel Vital went on then to redact and publish the works as the Eight Gates which are then, at times subdivided into other works. Sephardi Kabbalists endeavour to study all eight gates. Ez Hayyim is published standard in a single volume three part arrangement, the initial two parts published by Hayyim Vital, with a third part, Nahar Shalom by Rabbi Shalom Sharabi, being now considered the third part.

Ten Sefirot #16 | Light when it comes Through Lines and Circles

Ten Sefirot | From the Tomb of Rav Ashlag | Something from Nothing 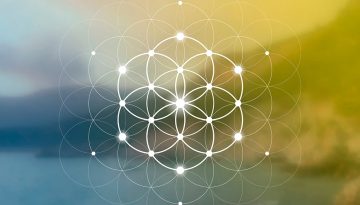